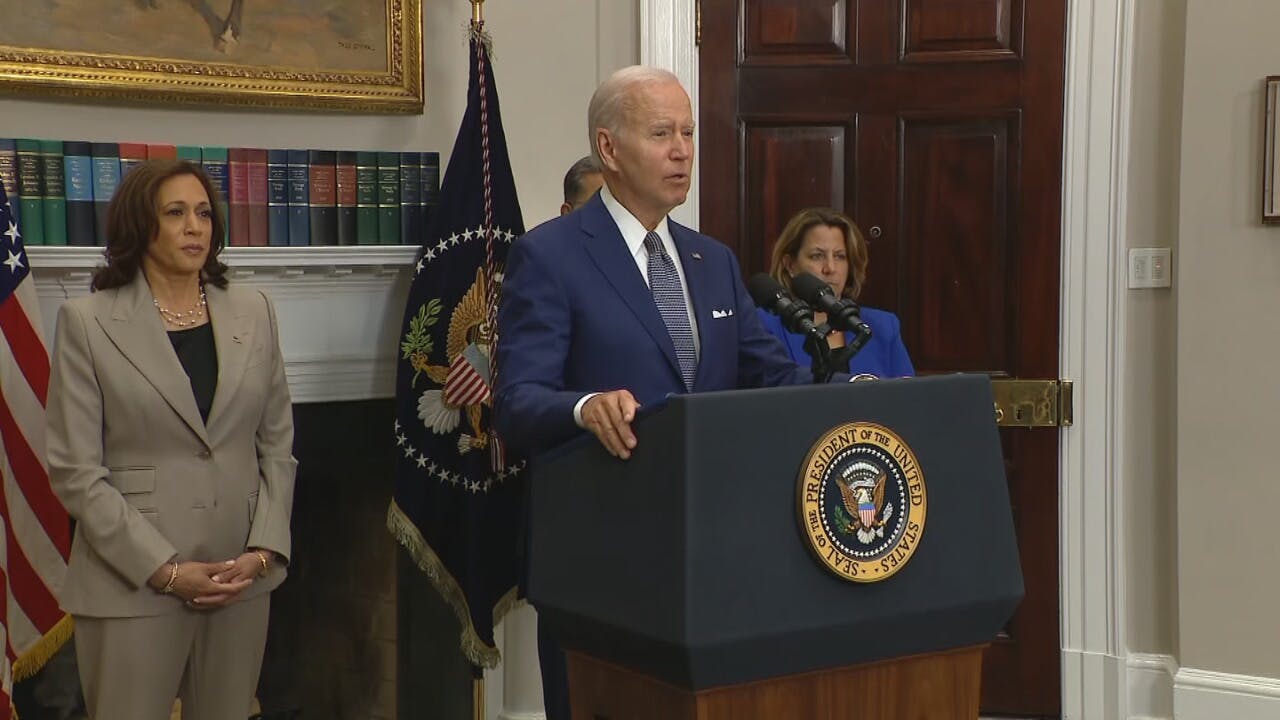 Abortion bans are currently in effect in ten states, including Oklahoma which had passed a 'trigger' law in anticipation of the Court's conservative majority eventually striking down Roe.

The 6-3 decision in Dobbs v. Jackson, celebrated by conservatives and pro-life advocates who had been highly critical of the 1973 ruling legalizing abortion, has set off a wave of protests on the left and calls for Democrats in Washington to use their current majority to somehow undo the Court's action.

President Biden has expressed his frustration with the decision several times since its publication two weeks ago and did so again Friday.

"Let's be clear about something from the very start," said Mr. Biden at a signing ceremony Friday morning, "this was not a decision driven by the Constitution...what we're witnessing wasn't a constitutional judgment, it was an exercise in raw political power. "

Biden says it will also take political power to reverse the decision and restore the right of American women to choose whether to carry a pregnancy to term.

"We need two additional pro-choice senators and a pro-choice House to codify Roe as federal law," Biden said. "Your vote can make that a reality...I'm just stating a basic fundamental notion: the fastest way to restore Roe is to pass a national law codifying Roe, which I will sign immediately upon its passage."

In the meantime, Biden signed an executive order Friday that, while not doing as much as some would like, does everything he says is within his power to preserve a woman’s right to safe and legal abortion. The order calls on both the Department of Justice and the Department of Health and Human Services to take steps to protect access to reproductive health care.

The order also calls for efforts to preserve access to abortion medication and emergency contraception, to protect the privacy of those seeking services, to raise the public's awareness of what services are still legal, and to find attorneys willing to represent women, doctors, and other potential targets pro bono

"I’m asking the Justice Department," said the president, "much like they did in the Civil Rights era, to do something--do everything in their power to protect these women seeking to invoke their rights."