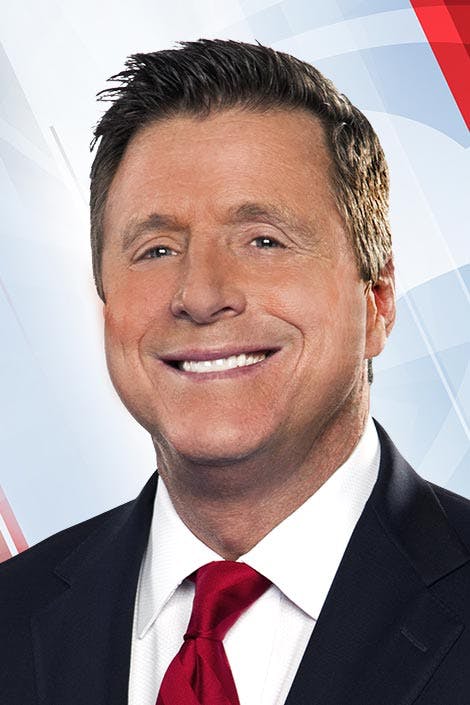 Dean Blevins has been with NEWS 9 since 1997 and has held the position of NEWS 9 Sports Director since 2001. Dean has over 30 years of broadcast experience in the state of Oklahoma.

Blevins is a two-time Emmy Award winner and has been voted the Oklahoma Sportscaster of the Year eight times by the National Sportswriters and Sportscasters Association. The University of Oklahoma honored Dean with the 2014 Distinguished Alumni Award of the Gaylord College of Journalism and Mass Communications. Dean is a March of Dimes Sports Headliner recipient of the Bob Hersom Award for his decades of excellence in journalism. He has won multiple first place honors for Sportscast and News Excellence by the Oklahoma Associated Press Broadcasters and multiple first-place honors for TV Sports Reporting by the Society of Professional Oklahoma Pro Chapter.

Blevins' experience and success in athletics helps him bring personal insight to his sports coverage. After earning All-State honors in 1974 in football, basketball, and track, Blevins was voted the "Oklahoma High School Athlete of the Year" by the Oklahoma Coaches Association and won the "Jim Thorpe Award" which is given to the best athlete in Oklahoma. Blevins was high school All-American in football and basketball, and was named the 1974 Oklahoma High School Basketball Player of the Year by the Tulsa Tribune. He was selected into the inaugural class of the Norman High School Basketball Hall of Fame.

As a quarterback at the University of Oklahoma, Blevins played on national championship teams in 1974 and 1975 and on four Big 8 Championship teams from 1974 to 1977. Blevins also played basketball at OU and is the last player in over 60 years to have lettered in both football and basketball in the same season at the school.

In 1975, Blevins won the Jay Meyer Award, given to the top scholar athlete at OU. He graduated with a degree in journalism in 1978. Voted one of America's 10 best-dressed men in sports by Sport Magazine, Blevins has announced college football and basketball games for 25 years, including 14 years for CBS, ABC, and ESPN. Beginning in 1985, Blevins has hosted coaches’ TV and radio shows for recognizable figures including, but not limited to Barry Switzer, Bob Stoops, Jerry Jones, Eddie Sutton, and currently for OU Head Coach Lincoln Riley.

Blevins is actively involved in the community and has hosted charity golf tournaments including the Dean Blevins Infant Crisis Center Golf Charity, the Dean Blevins Arthritis Classic, and the Dean Blevins Christmas Connection Classic. He is an avid golfer but spends most of his off hours with his family.

Blevins anchors NEWS 9 Sports weekdays and can also be seen co-anchoring the highly-recognized statewide "Oklahoma Sports Blitz" every Sunday night. In addition to his television broadcasts, he is a co-host of the popular weekday drive-time radio show, "The Total Dominance Hour" on The Sports Animal in Oklahoma City and has hosted his own website since 1990. Dean is an active member of the Football Writers Association of America and has voted for the Heisman Trophy since 1984.

Blevins was named the Oklahoma Father of the Year in 2003 by the American Diabetes Association. Blevins and his wife, Sarah, reside in Oklahoma City with their son Carson. His stepsons Chris and Ross are graduates from The University of Oklahoma.