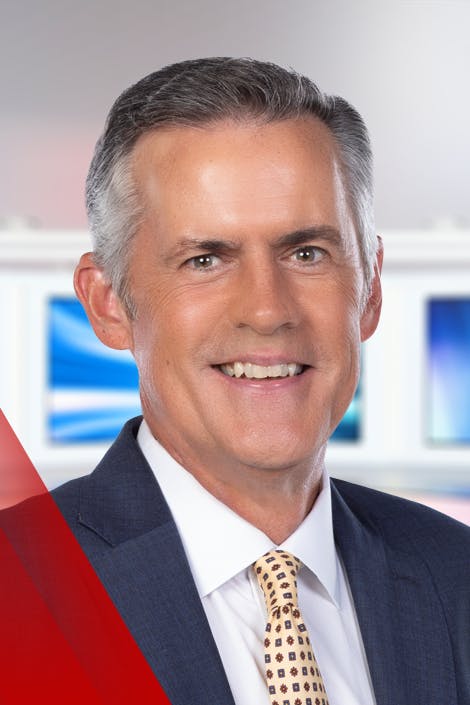 John Holcomb plays a pivotal role as sports director of the News On 6 sports team. Holcomb began his career at News On 6 in November 1995 and has held the position of sports director since September 1999. You can find him anchoring the weeknight sportscasts for News On 6 at 6 p.m. and 10 p.m. and co-hosting the statewide “Oklahoma Ford Sports Blitz” with News 9 Sports Director Dean Blevins on Sunday nights. And, during high school football season, Holcomb also anchors the "Oklahoma Ford Friday Football Blitz” – Tulsa's high school football show.

Holcomb attended Oklahoma Baptist University on a basketball scholarship, graduating with a degree in journalism in May 1988. He worked at radio station KGFF in Shawnee and at the Oklahoma News Network before becoming a news reporter at KXII-TV in Sherman, Texas in 1989. From there, he moved to KSWO-TV in Lawton to work as weekend sports anchor in April 1991. In January 1993, he was named sports director at KFDA-TV in Amarillo, Texas.

Holcomb loves basketball, golf, tennis and, in his words, "about anything else that requires some coordination without total physical exhaustion." He says, "My wife, Jeanna, and I fell in love with northeastern Oklahoma and the people who live here. It's really a privilege to work in an area of the country where there are such quality people who just happen to be so passionate about sports."

The Holcombs have two daughters, Melody and Maggie, and are members of New Beginnings Church in Bixby.