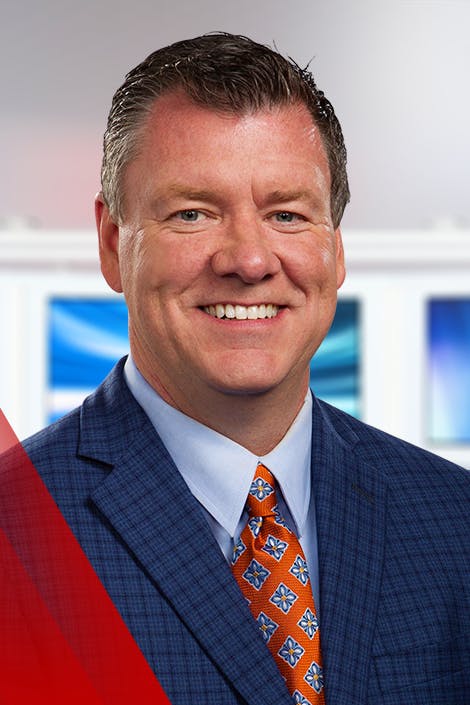 Steve McGehee is a Sports Mobile Journalist for KWTV Sports. A native of Wichita, Kansas, he graduated high school from Wichita Southeast and earned a bachelor of science degree with an emphasis in Radio/TV at Kansas State University. Interesting fact: Steve's grandmother played on the K-State's women's basketball team in the early 1900's.

Steve is no stranger to travels in the television business. He has worked in Wichita, Monroe, Louisiana, Wilmington, North Carolina, Huntington, West Virginia and is now proud to call Oklahoma home.

Steve's wife is from Yukon and a University of Oklahoma graduate, making the chance to move home a perfect idea. Steve has two kids, stepson Gunter, 17 and daughter Annabelle who is four years old.

Steve also is an avid sports fan with a baseball card collection that dominates his guest bedroom. He has two dogs and one cat and carries a strong love for animals.