Students Recite ‘Pledge of Allegiance' in Spanish... Apology In Tres. Does. Uno. 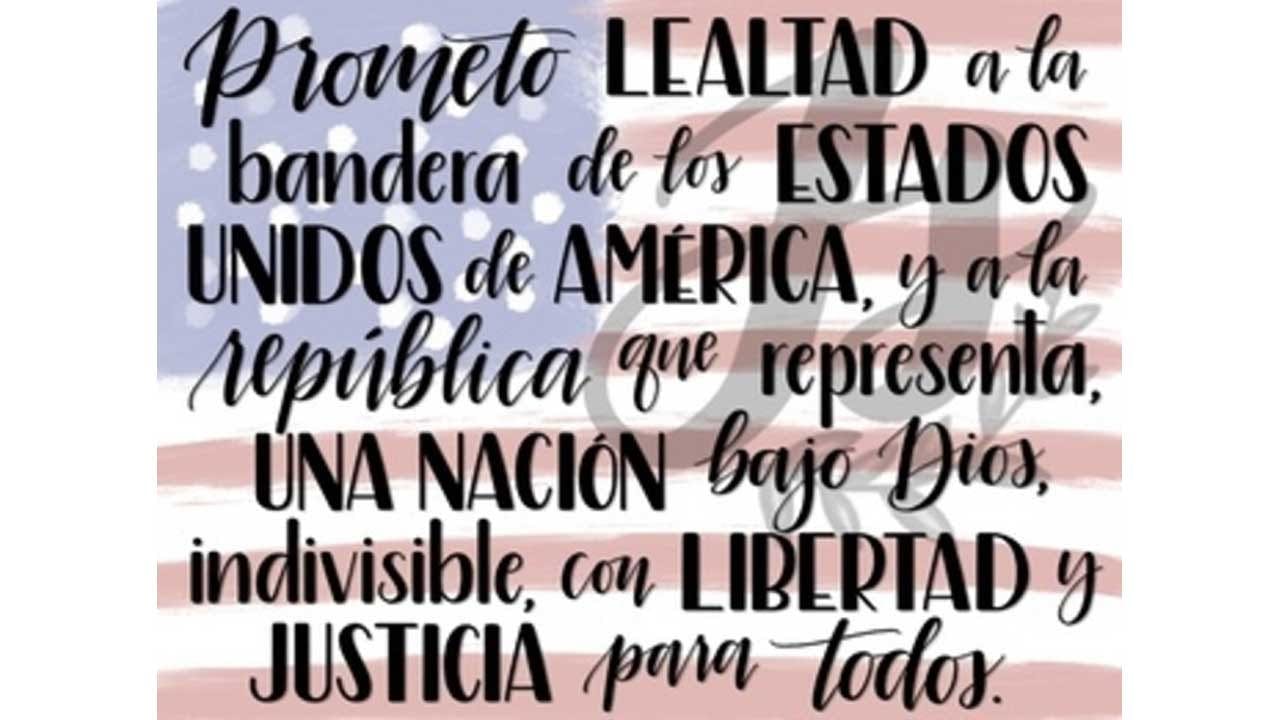 Last week, the principal at Fairfax, Virginia’s Westfield High School introduced a new program to encourage students to learn the Pledge of Allegiance in different languages, starting with Spanish on the first day.A week later, the program was scrapped over complaints from the community, and the principal has apologized to students for the “offensive” idea.Fairfax county Public Schools says the idea was meant to “promote engagement and inclusion. Administrators believed this was an opportunity for other voices and languages to be heard and recognize the school diversity.”