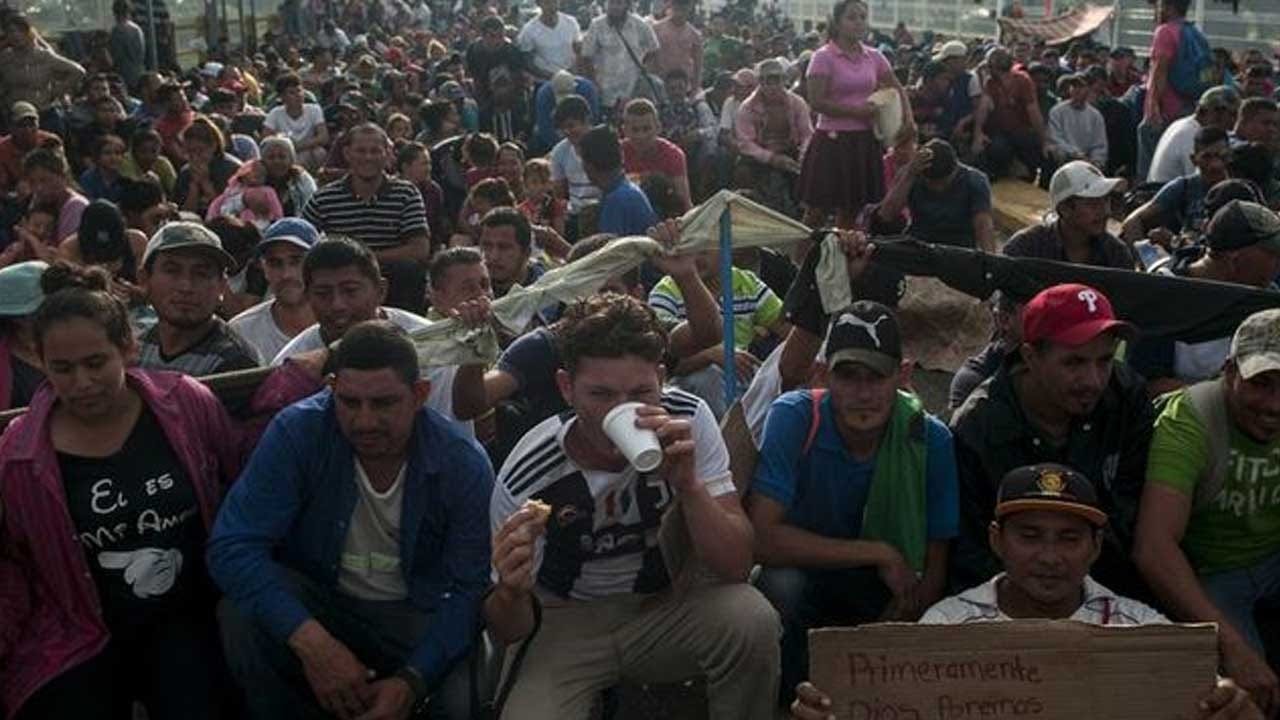 President Trump appears ready to send more troops to the border to meet the thousands of migrants who have successfully crossed into Mexico, and are making their way towards the U.S.

Trump said in a tweet that he'd notified the border patrol and military that this is a "national emergency" while reiterating that the blame lay with Democrats for refusing to change our "pathetic" immigration laws.

The president also claimed that "unkown Middle Easterners" had become "mixed in" with the caravan.

And since Honduras and Guatemala did nothing to stop the migrants despite Trump's requests for assistance, the president added that we would be cutting off aid: "We will now begin cutting off, or substantially reducing, the massive foreign aid routinely given to them."

The backlash to the migrants has intensified over the weekend, as the mile-long caravan has continued unimpeded toward the US's southern border.

Meanwhile, videos have emerged of people handing out cash to the migrants, raising suspicions that the caravan has received outside funding.

RELATED: Reporter Embedded With Caravan Says He Has Met Migrants Traveling With Them From Majority-Muslim Country Far, Far Away

The migrant caravan from Honduras has been infiltrated by people from Bangladesh, Haiti, Congo and Sri Lanka, according to embedded reporters.

According to a Univision correspondent, Bangladeshis joined the migrant caravan before it crossed from Guatemala into Mexico.

Francisco Santa Anna reported from the bridge separating Guatemala and Mexico. The bridge has been packed with thousands of migrants demanding access to Mexico, with the ultimate goal of crossing the border of the United States illegally. The caravan has now swelled to many thousands.

The Bangladeshis were detained in an immigration facility, though it’s not clear what happened to them after their detention.

He explained, “The borders in Central American are not as strong as the U.S., which makes it possible for people from Panama and Ecuador to cross easily. They cross from Costa Rica, then later go through Guatemala and eventually make it into our country.”

“Yesterday when we were traveling through Guatemala, we noticed people from El Salvador and even people from Bangladesh. Can you imagine what they had to do to get here? They infiltrated themselves in this caravan and tried to cross with the crowd. That would have benefited them greatly.”

Bangladesh has one of the largest populations of Muslims in the world, and is a hotbed of islamic terrorism.


New estimates cited by El Universal, a Mexican newspaper, say the caravan now has 14,000 people, many of them already in Mexico while others still wait

Mexican police, who failed to stop them at that country’s border with Guatemala, now serve as escorts for the caravan as it barrels north.

One woman, identified as Maria, walking with her husband and two children, said they are looking for work.

That would put them in the category of illegal migrants, not asylum-seekers. FULL STORY