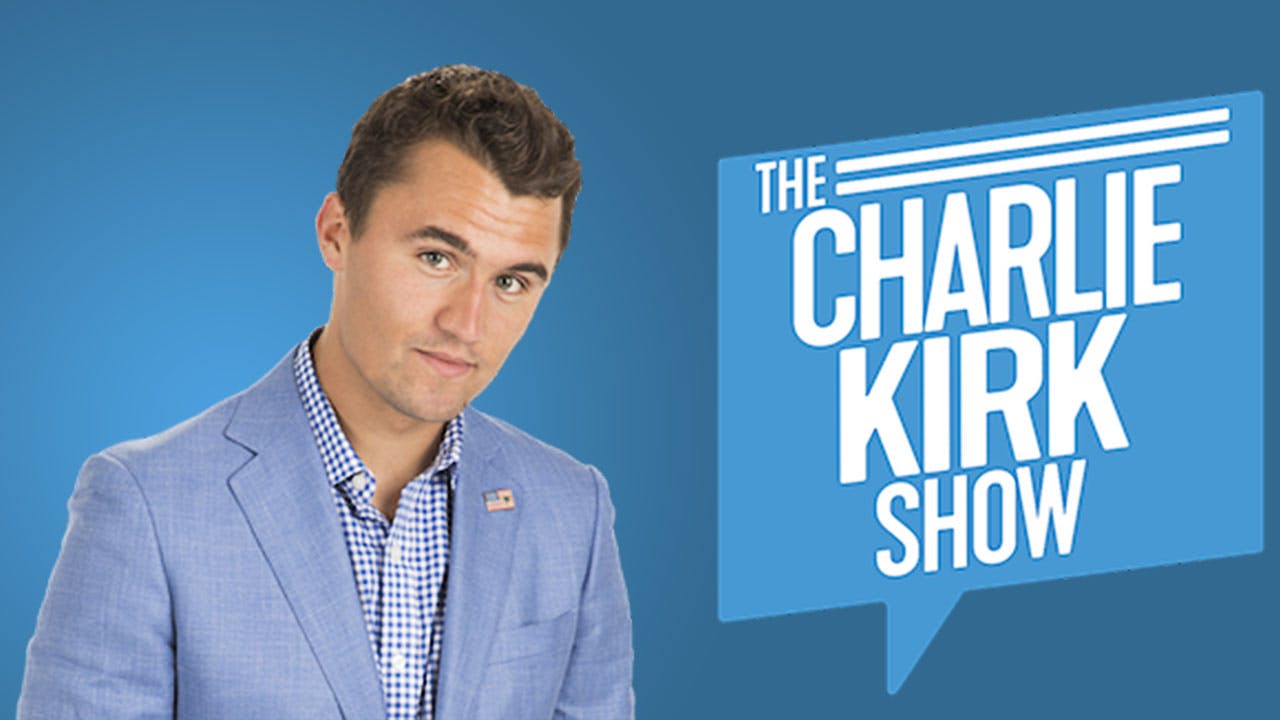 Charlie Kirk is the next big thing in conservative Talkradio, now hosting a daily radio show called The Charlie Kirk Show. The radio show can be heard on great Talk Radio stations all over the country. He also airs a daily podcast of the same name, that has become one of the top 10 news shows on Apple New Podcast rankings.

Charlie Kirk is the Founder and President of Turning Point USA, a national student movement dedicated to identifying, organizing, and empowering young people to promote the principles of free markets and limited government. With a presence on over 2,000 high school and college campuses nationwide, 250,000 student members, and over 150 full-time staff, Turning Point USA is the largest and fastest growing conservative youth activist organization in the country. At just 26-years-old, Charlie has appeared on CNBC, Fox News and FOX Business News over 600 times, is an editor-at-large at Newsweek, and whose writings are often published on Fox News, The Hill, The Washington Times, Breitbart, and Daily Caller. He was named to the Forbes “30 under 30” list and was also the youngest speaker at the 2016 Republican National Convention. He’s the author of three books including the #1 Amazon and New York Times bestseller, The MAGA Doctrine: The Only Ideas that Will Win the Future from Broadside Books, an imprint of Harper Collins.

Charlie is also the chairman of Students for Trump, which aims to activate one million new college voters through its more than 350 chapters present on campuses in battleground states in the lead upto the 2020 presidential election. In 2019, Charlie was granted an honorary doctorate from Liberty University citing his exceptional leadership and energetic voice for conservatives. Later that year, Charlie teamed up with Liberty University President, Jerry Falwell Jr. to co-found The Falkirk Center for Faith and Liberty, a Christian think tank working to expand religious liberty and advance conservative principles in the public sphere. His social media reaches over 100 million people per month and according to Axios he is one of the "top 10 most engaged” Twitter handles in the world behind only PresidentTrump among conservatives. Charlie is the host of “The Charlie Kirk Show” podcast where Charlie delivers in-depth political and cultural analysis alongside his signature campus activism and interviews with some of the most influential people of our time.