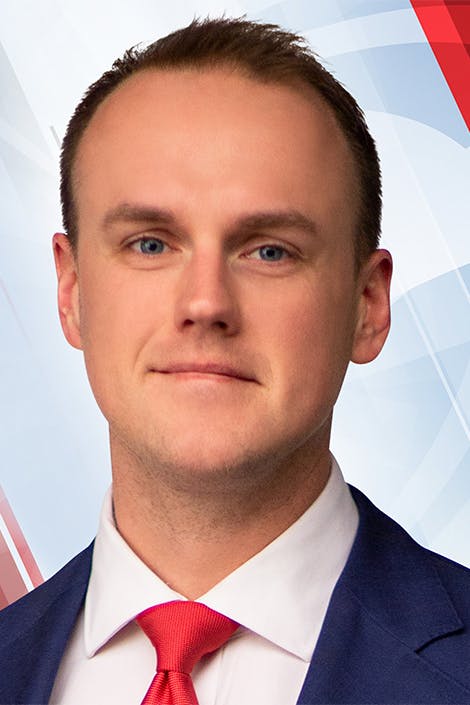 Jonathan joined the News On 6 Sports’ team in September of 2016, coming from KSPR in Springfield, Mo., where he was the weekend anchor.

With nearly a decade in local sports television, Jonathan has seen it all; high school state championships in four different states, following the Arkansas Razorbacks to the 2012 College World Series, the Masters Tournament, and the 2014 BCS National Championship game between Florida State and Auburn.

Jonathan has also spent time as a sports director in Columbus, Ga., and has worked in Fort Smith, Ark., and Jackson, Tenn. He is a 2008 graduate of Union University in Jackson, Tenn.

Jonathan married his hometown sweetheart in 2015. When he’s not working, he loves to spend time with his wife and their dachshund mix, Duncan. You can usually find them outside exploring the Mingo Trail, lifting weights at the gym or watching the St. Louis Cardinals.

Find Jonathan on twitter at @jonathanhuskey, or email him with story ideas.