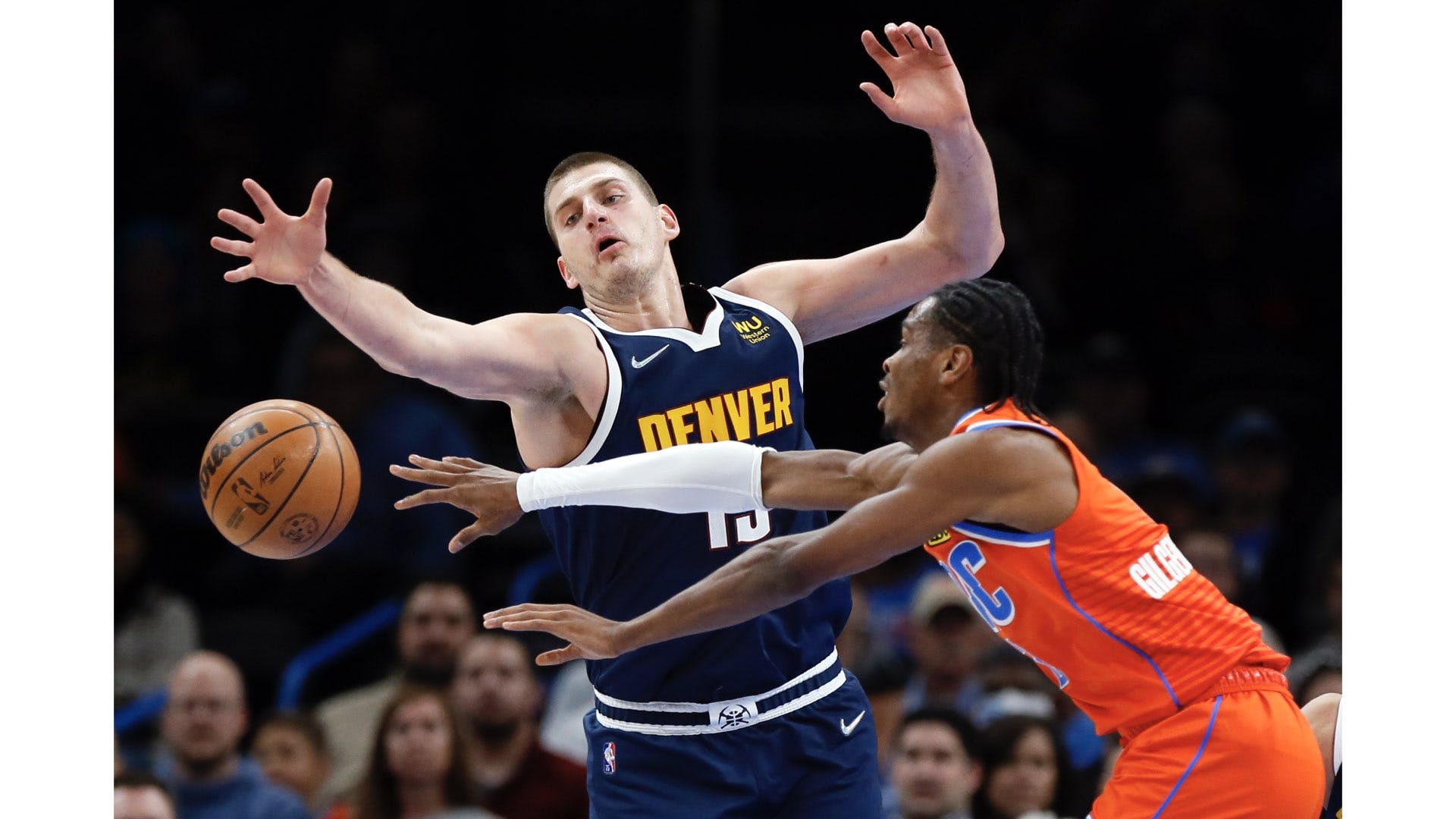 Nikola Jokic had 22 points and 18 rebounds to help the Denver Nuggets beat the Oklahoma City Thunder 99-95 on Sunday night.

Austin Rivers scored a season-high 22 points and Jeff Green added 16 points. The Nuggets avenged a 108-94 loss to the Thunder on Dec. 22 in Oklahoma City.

Lu Dort scored 14 points for the Thunder. They have lost four straight.

The Thunder spent most of the third quarter trimming their deficit and finally took a 75-74 lead on a 3-pointer by Josh Giddey with about two minutes left in the period. Denver led 80-78 heading into the fourth quarter.

Oklahoma City rookie Tre Mann ripped the ball out of Jokic’s grasp, then drove downcourt and found rookie Aaron Wiggins, who took off for a flying right-handed jam that put the Thunder up 93-88 with 4:26 to play.

Rivers had a 3-pointer and an acrobatic layup on back-to-back possessions to put Denver up 95-93. Oklahoma City trailed 97-95 and could have taken the lead in the final minute, but Jeremiah Robinson-Earl’s 3-pointer missed badly with 32 seconds to play. Denver’s Will Barton made two free throws with 12.6 seconds left to create the final margin.

Nuggets: Signed guard Davon Reed to a two-way contract and waived two-way center Petr Cornelie in a related move. ... Outrebounded Oklahoma City 20-9 in the first quarter to take a 36-23 lead. ... Guard Facundo Campazzo had one point and eight assists.

Thunder: Eleven Oklahoma City players scored in the first half, but none posted more than six points before the break. ... Robinson-Earl scored 12 points, Giddey had 11 points, eight assists and seven rebounds and Darius Bazley added 10 points.

Nuggets: At the Los Angeles Clippers on Tuesday.

Thunder: At Washington on Tuesday night.